The Number of People You Touch Along This Journey 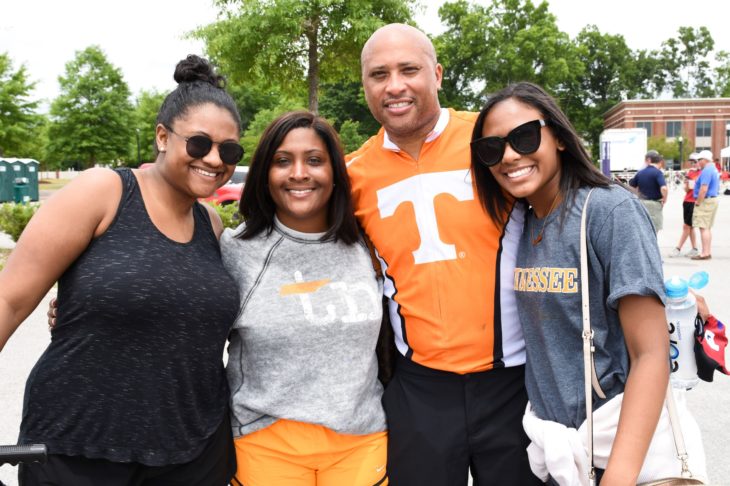 Each day, Aaron Love settles into the long drive home after finishing his shift at Plant Vogtle. The silence makes his mind wander as he drives past everything in a blur. An image of his father materializes in his mind, and he feels a twinge of pain in his heart. Memories whirl around him, so real and alive that they are nearly tangible. Remembering his father has become a part of his routine drive home.

When Aaron thinks about his father, one of his favorite memories surfaces, the memory of his trainset. A small smile plays upon Aaron’s lips as he recalls the excitement he felt on that Christmas morning so many years ago. Aaron remembers opening his special gift that had been sitting beneath the Christmas tree. His face lit up with joy upon seeing the train set his parents had given him. He would always remember the lesson that his father had taught him that day as they sat together on his childhood bed putting together the train track. “He always taught me to take care of my stuff, and I will never forget that. If you have nice things you take care of them,” Aaron described thoughtfully. Aaron still has the many of those gifts to this day, looking just as new as the day he got it.

Aaron grew up in a stereotypical family; his mother was the caregiver, and his father was the worker and the provider. “He did everything like a man should do,” Aaron said. Not only did Aaron’s father take care of his family the best he could, but he also ensured that Aaron would have a bright future ahead of him. Having grown up in a different era, Aaron’s father wanted better for his son. “When I was growing up, I couldn’t use my hands. He didn’t want me to be outside. He wouldn’t let me do anything other than books,” Aaron explained. Aaron’s father would say, “You’re gonna use your brain. You’re gonna study.” As Aaron looks back on his father’s guidance, he cannot help but feel blessed. Aaron now realizes the importance of his father’s teachings.

Aaron Love’s father, Ray, was diagnosed with pancreatic cancer in 2015. The diagnosis came as a shock to Aaron. Watching his father suffer from such an awful disease was tough on him and everyone around him. Unfortunately, his father lost his life to cancer. Ray Love was buried on Valentine’s day in 2019.

After his father’s passing, Aaron had to learn to move past the pain. Aaron’s mother had always been his rock but in the wake of his father’s passing, Aaron had to become his mother’s rock. “They had each other; that’s all they knew. All their lives they were married. 50 something years, and that’s all they had. My mom and dad didn’t like to travel. They just raised their kids and loved each other,” Aaron smiled fondly. Aaron realized that in order to move forward he needed to take this moment of grief and make the best out of it. Aaron had to accept that life goes on. “Life goes full circle. It teaches you a lot. I try to be positive; everything is a life lesson. I always want to make something good out of it. My father would want that too. He would want something to be positive and to celebrate life. That’s all we can do. It’s hard to do, but it’s all we can do really,” Aaron spoke knowingly.

Ray Love was a man who was overflowing with love for those around him. He was a man who would give the shirt off his back to anyone in need. His arms were always wide open, and he never turned anyone away. “Plenty of times I saw people coming and going when I was little, back and forth to his bedroom, looking for or needing something. You look back now, and you see how many people he touched during that period of time. It’s good. I think that’s a measure of our own life. The number of people you touch along this journey,” Aaron recalled. Ray Love touched many people along his journey, and a part of him continues to live on in Aaron.

Three weeks after his father passed away, Aaron found solace in joining Paceline. Not only did he find comfort in honoring his father, but he also discovered an outlet for his emotions. “It kind of helps you when you see other people who have been through a similar struggle. It puts a lot of things into perspective. You don’t tend to feel sorry for yourself, for what you had to go through, because it’s life. It’s very unfair at times,” Aaron said. 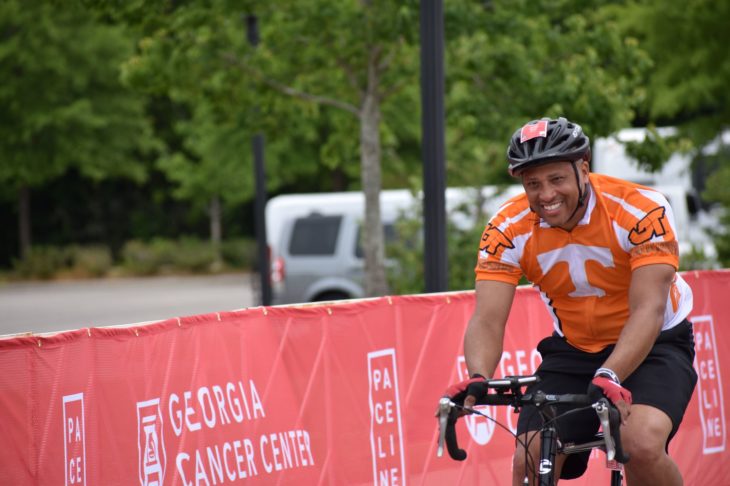 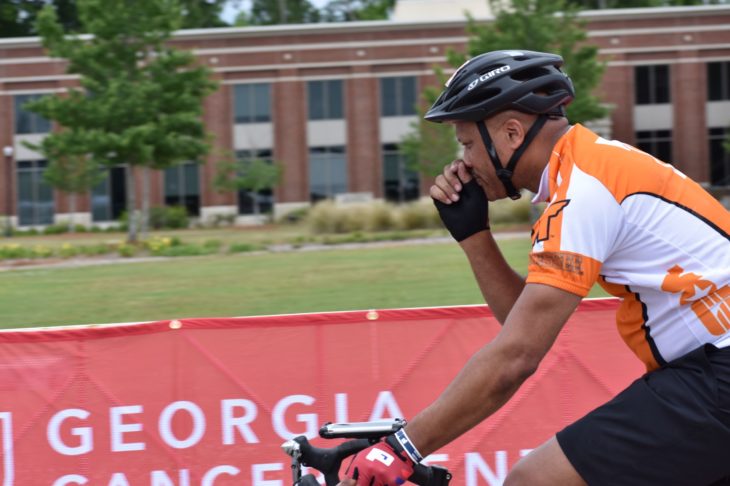 Aaron’s most memorable part of Paceline Weekend was meeting people at rest stops along the way. “You were able to hear their stories, why they ride. I guess that’s the most important part. All of that just puts life into perspective. It shows that you’re not alone in some pain and suffering. It provides relief, solace to a tough issue. I will never forget the guys that I met and talked to along the way. It took the pain out of the ride. We started pushing each other. They gave me some encouragement, and I gave them some encouragement. It just went back and forth,” Aaron recalled.

As Aaron crossed the finish line of Paceline, exhilaration coursed through his veins and he couldn’t help but imagine how proud his father must be. It is through this same determination that Aaron was able to raise an abundance of money for Paceline. With the help of donations from family members, friends, and coworkers, Aaron realized, “People are willing to support causes that are bigger than them.”

Through the Paceline, Aaron Love found unexpected solace in his time of need. Through meeting others who shared his pain, Aaron was able to heal from the loss of his father in a healthy manner and honor him through his ride.